Tell Abu al-Kharaz (“Mound of the Father of Beads”) is located in the Jordan Valley north of the perennial stream of Wadi al-Yabis and approximately 4 km east of the Jordan River. Tell Abu al-Kharaz flourished in antiquity mainly because of its strategic location and an obviously rich surrounding natural environment: woodlands to the east, Wadi al-Yabis to the south and fertile land everywhere in its vicinity. The site occupies a 300 m x 400 m, and 60 m high, large natural hill (top elevation 116 m below sea level) with steep slopes that were easy to defend. 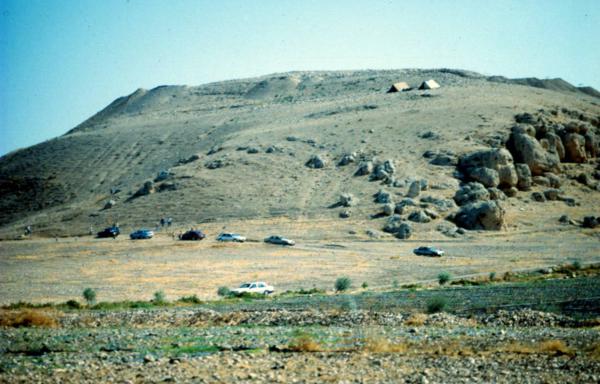 The site’s height and position provide control of both the eastern, north-south running, main road through the Jordan Valley, and the road along the Wadi Yabis to the eastern highlands (see picture above). The former rulers of the different cities were maybe claiming tribute from passing caravans. A clear day provides a fantastic panoramic view from the summit of the site: the hills of Nazareth, Mount Tabor, Beth Shan, the eastern Yizreel Valley, the Samarian hillocks and the area north of Tell es-Saidiyeh in the central valley can be overlooked (see picture below, a view over the Jordan Valley and the Westbank (Samaria). Just below Tell Abu al-Kharaz lies Tell al-Maqbarah, an artificial mound which once very likely was occupied by farmers depending on the protection provided by the fortified Tell Abu al-Kharaz during war times. 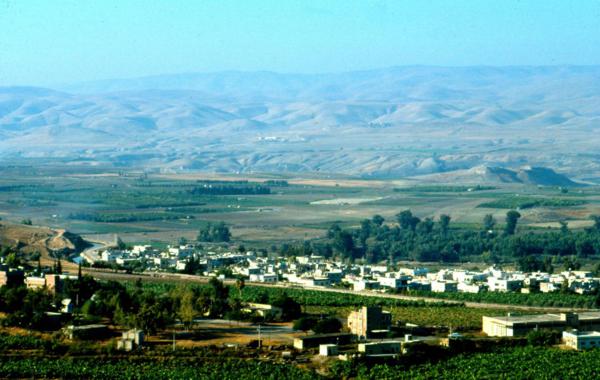 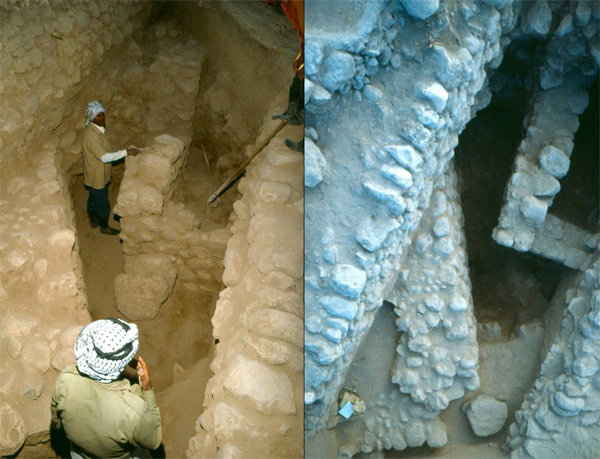