The excavations (May-June 2014) were directed by Professor Peter M. Fischer from the University of Gothenburg, Sweden. The project was financed by the Torsten Söderberg Foundation, Sweden, and kindly supported by Dr. Tomas Söderberg. Most welcome additional resources came from INSTAP and the Royal Society of Arts and Sciences in Gothenburg (KVVS). 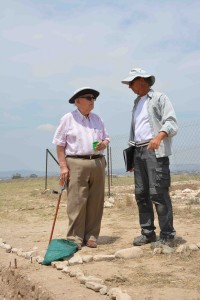 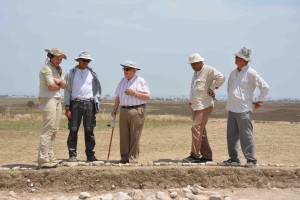 The initial object of the project – the search for the oldest city of Hala Sultan Tekke – continued. Several geophysical methods were utilised, which led to the discovery of new city quarters, and a broadening of the research objectives, to include revealing the total extent of the city. Based on the results of a 1.3 hectare Ground-Penetrating Radar (GPR) survey, excavations continued in Area 6 West, where in 2013 a combined domestic and industrial compound was excavated as part of a hitherto unknown city quarter of Hala Sultan Tekke. 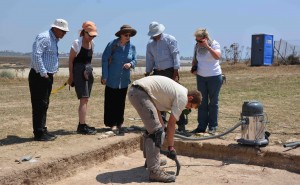 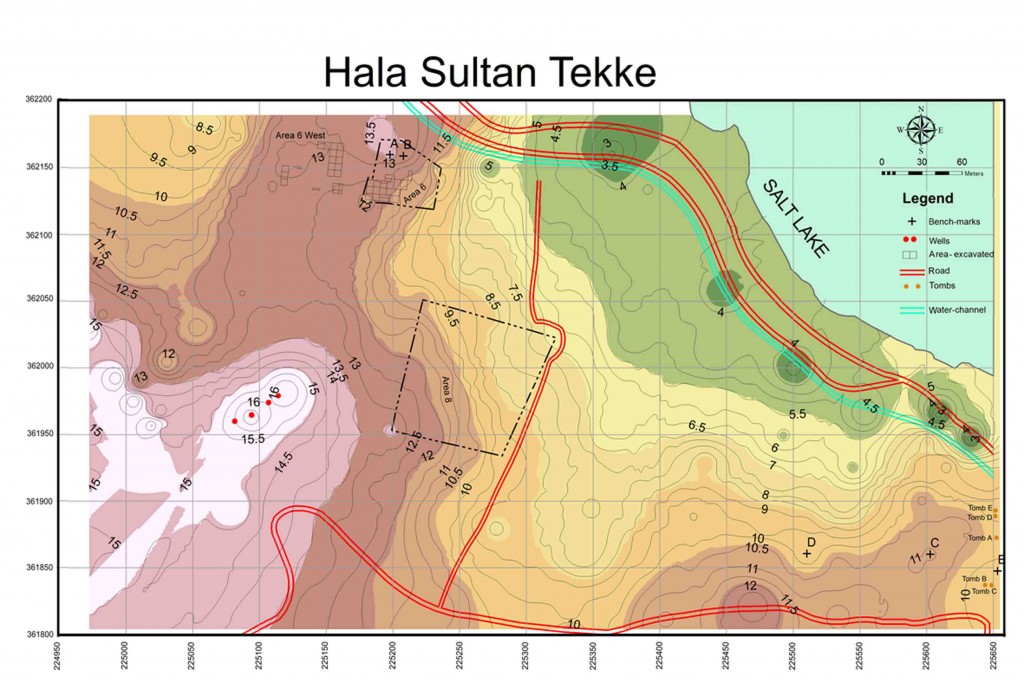 The 2014 field work exposed stone-built structures and rich find contexts. The finds include locally made and imported pottery, numerous tools and several items of gold and silver jewellery. 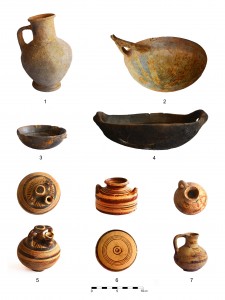 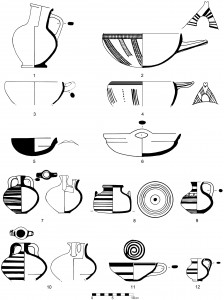 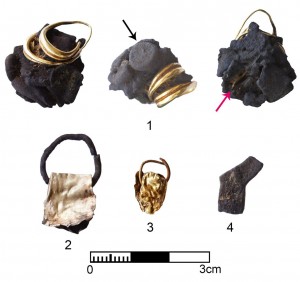 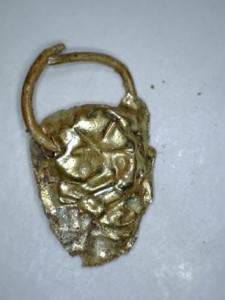 The violent destruction of the most recent layer of occupation, Stratum 1 (12th century BC), which has been observed during previous seasons, was once again confirmed.

Complementary excavations inside the exposed area from 2013 revealed a 1 m wide pit. Amongst the finds from this pit are several hewn limestone blocks, most likely water channels, an almost cylindrical, slightly tapering, clay tube of unknown function, which is open on both sides, and a doughnut-shaped ingot of copper alloy weighing almost exactly 1.5 kg. The pit is clearly associated with the copper production plant nearby, where roughly 300 kg of remains from copper-working of tapped slag, furnace walls, fragments of at least five tuyères, crucible fragments, copper/bronze fragments and pieces of raw copper were found in 2013. 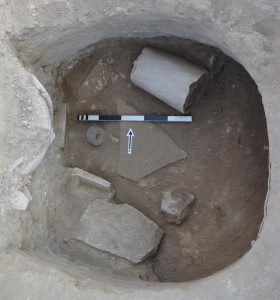 In 2013 a test trench was opened up in the western part of the city. Stone-built structures indicated another city quarter. Encouraged by these results a third georadar (and magnetic) survey of a 70 m x 50 m large area was carried out in 2014 parallel with the excavations. The geophysical survey indicated a huge, stone compound of at least 50 x 40 m to the west of a probable street. Only a minor part of the eastern limits of this compound was exposed in 2014. A complete bull figurine of Base-ring ware and a cylinder seal of haematite are other finds. Several skeletons were found in reused wells. One of those shows an artifically deformed skull. 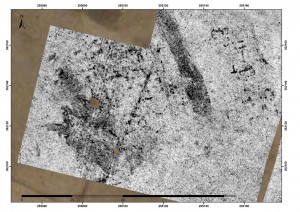 Radar image of the new city quarter to the west (by I. Trinks/K. Löcker/R. Totschnig) . 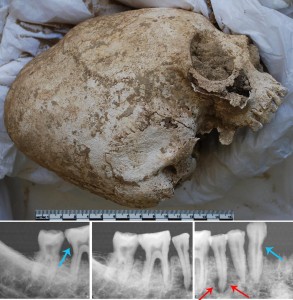 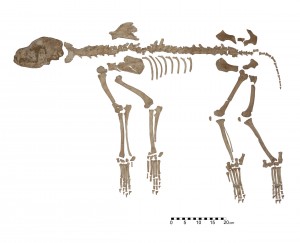 Complete skeleton of a large dog. 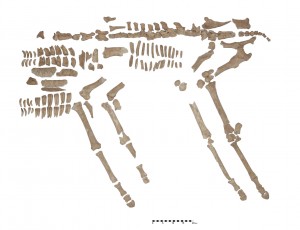 Fairly complete skeleton of an equid. 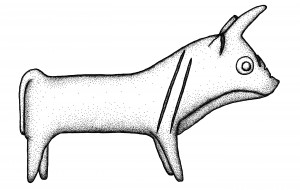