The next identifiable occupation phase belongs to the end of the Middle Bronze Age which falls within the Second Intermediate Period of Egypt. The subsequent Late Bronze Age corresponds roughly to the Egyptian 18th and 19th Dynasties. It is worthwhile noticing that there are no clear Egyptian elements at Tell Abu al-Kharaz during these periods. The town seems to have become smaller since the Early Bronze Age, and the city wall changed from a solid, massive structure into a casemate wall, which is a construction of two parallel stone walls with side walls in between them forming rooms within the city wall. The remains of the massive Early Bronze Age city wall were often used as a foundation for the new city wall. The domestic architecture from this period is aligned on a southeast-northwest axis as opposed to an east-west axis in the Early Bronze Age. Ash layers within this period of occupation suggest that the town suffered several destructions and was repeatedly rebuilt.
A small temple was excavated, including many clay pots, offering tools and jewellery lying in their original place on and around a square altar (see picture of reconstruction below). It dates from the 14th century BCE. Imported goods from Cyprus and other places in the east Mediterranean region point to far-reaching trade. 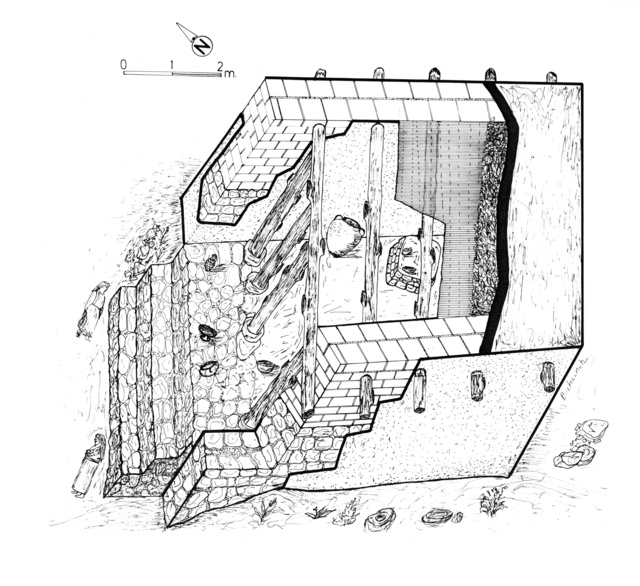 A bakery-like facility of four ovens and a grain silo.

An industrial complex from the beginning of the Late Bronze Age was found with a bakery-like facility of four ovens and a grain silo. The complex has served as the town’s central bakery (see pictures and reconstruction below). 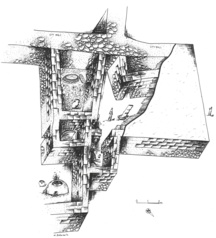 Many fired clay vessels were petrographically analysed. There are a number of imports from Cisjordan, Lebanon and Cyprus, but most of the vessels were produced in the Jordan Valley. A cache of unfired pottery was found close to the foundation of the city wall together with a potters wheel suggesting the production of clay pots at the site. 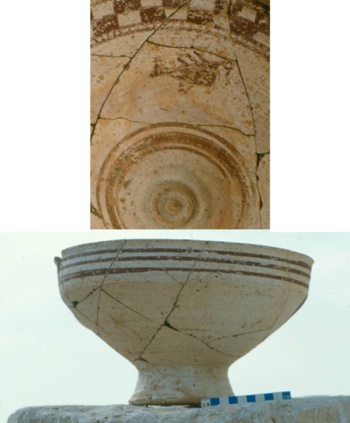 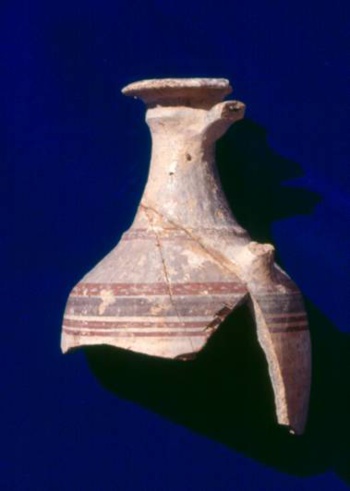 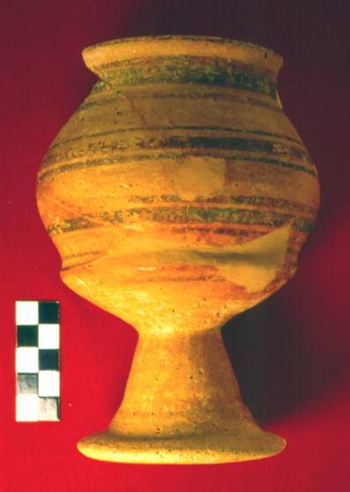 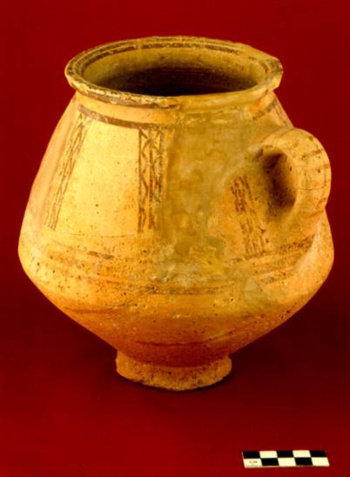 Pottery from the temple. 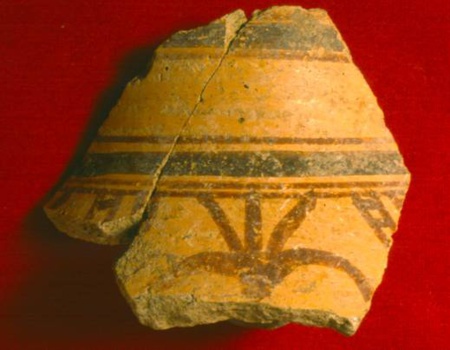 More pottery from the tempel. 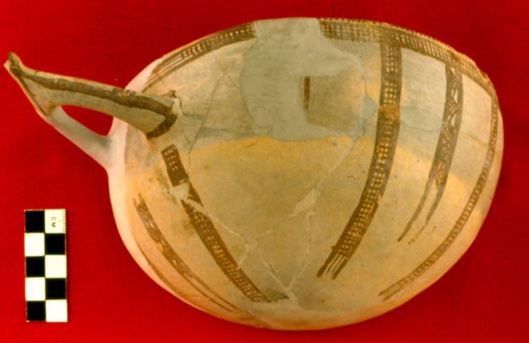 Stamp-seal of stone with antelopes leaning against a tree.

There is a well preserved bronze statue of a male warrior-god from the second part of the Late Bronze Age (see below).

Bronze statue of a male warrior-god.